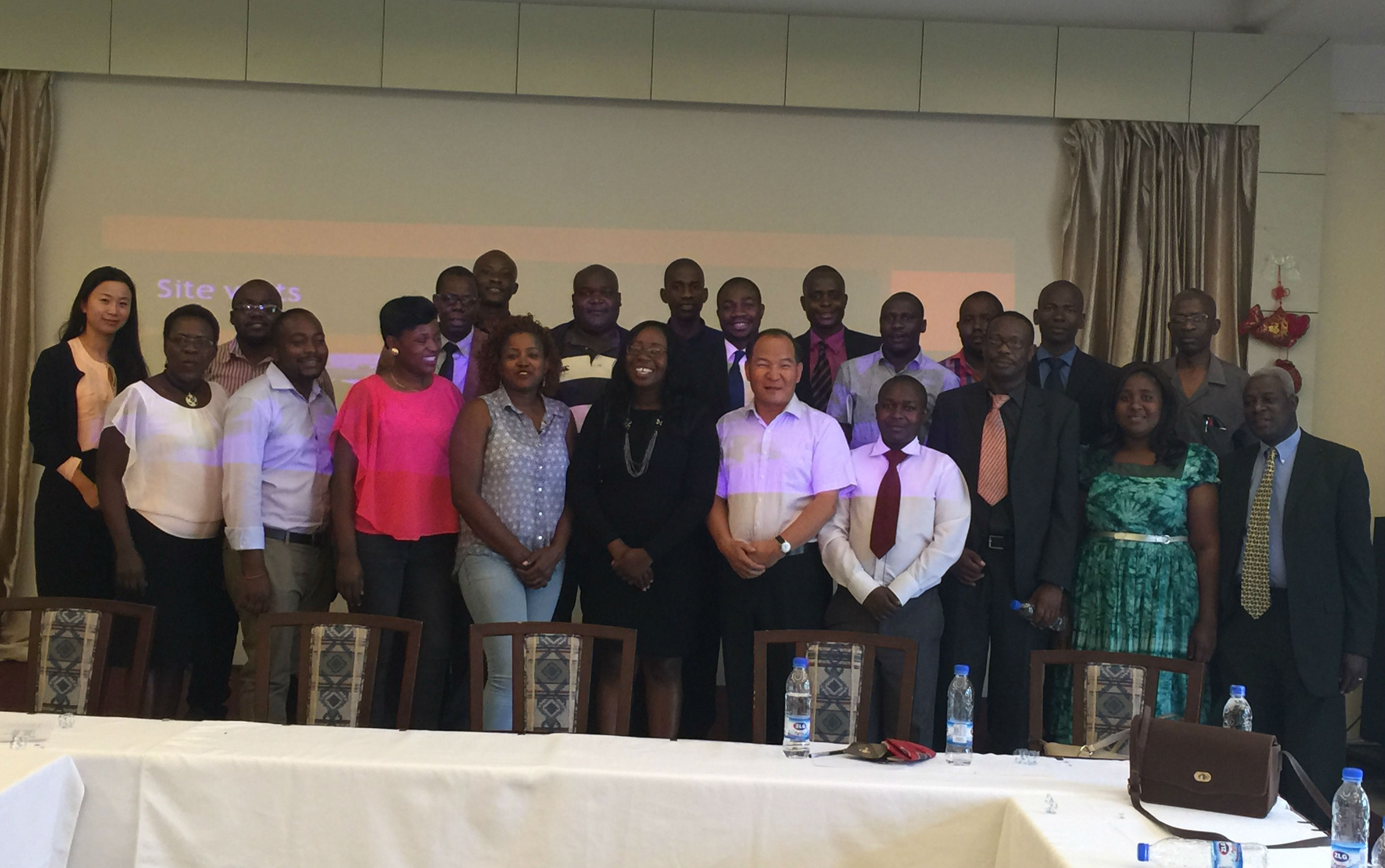 On the 7th of October 2016, the Office of the Commercial and Economic Counsellor of the Embassy of the People’s Republic of China hosted a farewell reception for the twenty participants who will be attending the 2016 Bilateral Seminar for Journalist and Editors of Zimbabwe to be held in China from 12 to 31 October 2016. Counselor Li Yaohui, officials from the Ministry of Media, Information and Broadcasting Services and twenty Journalist and Editors from different Media houses attended the event.

Counselor Li pointed out that the relationship between Zimbabwe and China dated back to pre-independent Zimbabwe. Media is one of the areas the two countries developed sound cooperation. Over the years the Chinese government has been sponsoring training and exchange programs for media professionals from Zimbabwe with each year, a group of twenty media personnel leaving for China for Bilateral Seminars. These training programs have been a continuous effort of the Chinese government to assist Zimbabwean Media personnel in equipping themselves with knowledge and skills as well as creating awareness of new technology in the field. The training programs have also enabled Zimbabwean Media representatives to share and exchange their perspectives with their counterpart in China.

The participants were given a presentation on the guidelines about the trip, general information about China, tips about life and work in the foreign cities, followed by a question and answer session.

Mr. Musekiwa, an official from the Ministry of Media, Information and Broadcasting Services who is also part of the group leaving for China made some remarks on behalf of the Ministry and the group, expressing gratitude to the Embassy for the continued support through these ongoing Bilateral Seminars and the cooperation exchange between the two countries. He advised participants to respective and caring to one another throughout the course and to embrace the trip for it is in line with their work field and is indeed an eye opener for them. Media cooperation between the two countries has helped develop the Zimbabwe media industry to match world standards.

The participants all looked forward to the seminar and believed they would benefit greatly from the trip.