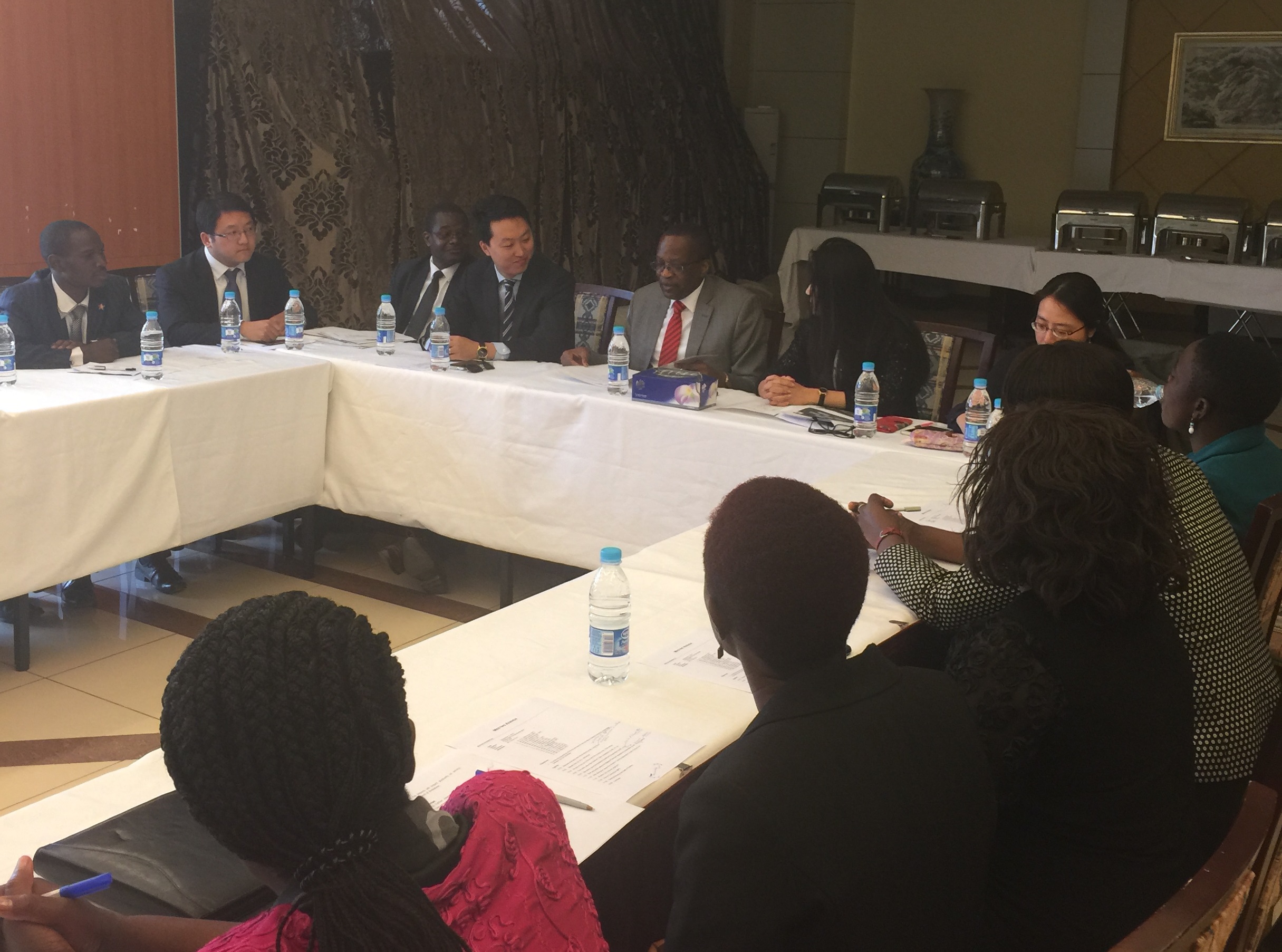 On the 2nd September 2016, the Economic and Commercial Counsellor’s Office of the Embassy of the People’s Republic of China to Zimbabwe hosted a welcome reception for the 20 officials from the Office of President and Cabinet, who attended a bilateral seminar on public management and administration from May 4 to June 16. Dr Ndhlukula, Deputy Chief Secretary of the Office of the President and Cabinet, was in attendance and made some remarks. Four secretaries from the Office were also present.

The Head of delegation, Mr. Charumbira who is the Deputy Legal Officer for the Office of the President and Cabinet, underscored the importance of civil service in the success of any public policy model. In particular, he indicated that the Chinese system of manpower planning and capacity development has been central to the success of the Chinese public administration as it revolves around a system of appraisal and training. In addition, the culture of patriotism and selfless dedication has improved the performance of civil service in China.

The secretaries from the Economic and Commercial Counsellor’s Office explored the different opportunities for Zimbabwe-China cooperation and briefed the implementation of the projects signed during the visits of the presidents of the two countries as well as the FOCAC meeting in Johannesburg.

The Zimbabwe-China relationship is not a one sided affair, but one of reciprocity and mutual benefit. Zimbabwe has got vast natural resources on the other hand China has technology and fund. It is important that this strong symbiotic relationship is maintained by undertaking and following up on the existing programs as well as identifying new avenues of cooperation.

The bilateral seminar that the officials from OPC attended was amongst the over 300 training opportunities offered to the Zimbabwean people this year by the Chinese government as an endeavor to deepen the bilateral relations. The training programs and seminars are targeted at enhancing the capacity of personnel in different sectors of the society and contributing to the development of the Zimbabwe economy.